Facing Eviction, Regis Finds New Facility While Districts Are Kept In The Dark.

My friend Jersey Jazzman mapped out the districts the Regis Academy says their students will come from and posited that Regis doesn't really seem to be offering much to warrant schlepping kids from a 50 mile radius.


I hate to be the one to tell him, but he needs to redraw his map.


Seems that Regis, facing eviction from their current facility where Amir Khan also houses his church, Solid Rock Worchip Center, as well as many other ventures, has found themselves a new facility!


How did the districts find out about the change of facility?


It must have been at a Regis Board of Trustees Meeting, right?  Concerned citizens have attended EVERY meeting, to stay abreast of any big happenings.  After all, public dollars will be spent to educate Regis students, so the public has a right to have a say in how that money is spent.


There has been no mention of the change of facility at ANY Regis Meeting.  In fact, their website still uses the original address for the facility the Camden Diocese is evicting them from!

Well, then Amir Khan must have broke the news in the press!  He seems to LOVE talking to the press, even when the chips are down!


Just recently, perhaps even in the last few days, Amir Khan told WHYY reporter Jen Howard that he had struck a deal with the Diocese!


Well, then the NJDOE must have let the districts know before they conducted that preparedness visit last week, which included a tour of the facility!

In fact, unbeknownst to the districts, the preparedness visit was conducted at the NEW facility!

The districts found out when the address on the transportation requests they received from Regis did not match the address of the facility.


Here are the new supposed digs: 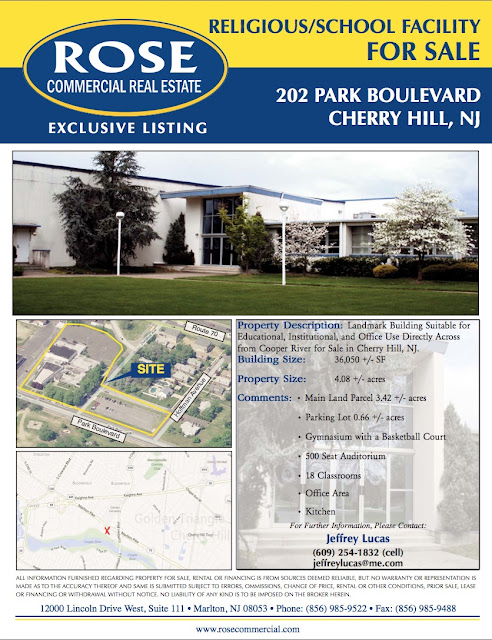 The biggest problem with this is simple.  If Regis can't afford the property they currently occupy, and Amir Khan was very clear that he needed the income from the charter to pay the bills, what makes the DOE think they can afford this property?

Numerous concerned citizens have been emailing the Office of Charter Schools and Acting Commissioner Cerf trying to tell them that there are MASSIVE problems with this charter, but their cries are falling on deaf ears.  Jeanine Martin, interviewed in the WHYY piece, hand delivered her concerns, and those of almost 2,500 petition signers, to the NJDOE last week. 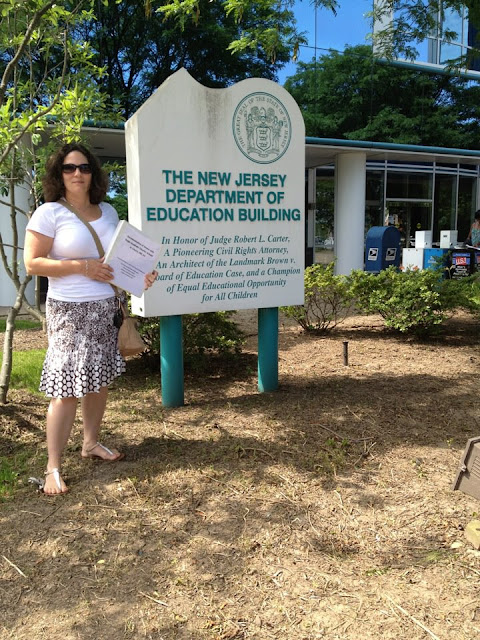 Jeanine attempted to set up a meeting with Amy Ruck, Director of the Charter School Office, to deliver the materials in person, but of course, she was not granted a meeting and had to deliver her materials to the mailroom.

The NJDOE is totally out of control.  They are allowing unproven charter operators to run rampant, taking tax dollars from districts with little but empty promises of innovation in return.

If Regis Academy is granted a final charter on July 15th, ostensibly allowing them to use taxpayer dollars to keep themselves afloat, EVERY New Jersey taxpayer should be OUTRAGED.
Posted by Mother Crusader at 2:05 PM