Once again, WHYY contributor Laura Waters has invoked the late Albert Shanker to strengthen her weak argument, this time in an attempt to imply that the Delran Education Association didn't do their homework before releasing their position statement on high-stakes testing. She even goes so far as to call their statement a "screed" that  "veers less towards serious educational discussion and more towards Sarah Palin-esque hysteria."

She better have a seriously well documented refutation of their positions to make a statement like that. Let's look at the one where she cites Shanker as her source.

In their statement the DEA wrote:

The erroneous claim that the American public school system was failing first came about in April of 1983 with the release of the report “A Nation At Risk: The Imperative for Educational Reform.”

Waters defends the report and supports her claim that it was widely considered a "pivotal moment by all those who value educational improvement" by highlighting Albert Shanker's early support.

Actually, the publication of "A Nation at Risk" is widely hailed as a pivotal moment by all those who value educational improvement. The Report famously articulated a "rising tide of mediocrity that threatens our very future as a Nation and a people" and was embraced by America's most famous unionist, Albert Shanker. According to former AFT President Sandra Feldman, "when Al finished reading the report, he closed the book and looked up at all of us and said, 'the report is right, and not only that, we should say that before our members.'"

While it is true that Shanker embraced "A Nation at Risk", he was also clear about what he did NOT embrace.


Many said Shanker's decision to embrace "A Nation at Risk" was a watershed moment, because conventional wisdom held that the only cure for education's ills was more money. Anything else was considered fire from the enemy. But Shanker saw that the report wasn't boosting vouchers or privatization. Rather, it spoke of preserving and improving public education, of raising standards and implementing accountability for both students and educators — even as he never stopped reminding politicians that teachers continued to need the resources to do the job. (emphasis mine)

Diane Ravitch made it clear that although Shanker supported the report in 1983, his present feelings about it and all it has come to represent may be entirely different.


Would he be as enthusiastic about “A Nation at Risk” in 2013 as he was in 1983, now that it has become the Bible of the privatization movement? We don’t know.

Would he have come to realize that “A Nation at Risk” would become not a document for reform but an indictment against public education? If he had, he would have turned against it.

Now, you may be asking, why should we give credence to Diane's hypothesis as to how Shanker would feel about A Nation at Risk were he alive today?

Allow me to explain.

Back in July of 2012 then NJ Commissioner Chris Cerf tried to make his case for charters by stating that Shanker was "one of the first advocates for public charter schools." Diane Ravitch proceeded to give Cerf a bit of a history lesson, and clarified that in 1993 when Shanker saw that charters were being used to privatize public education, he turned against them.

In response to Diane's post, Waters attempted to "school" her in an earlier essay for WHYY that stated "as a fact" that "(i)f Albert Shanker were alive today, he'd still be an education reformer and would support NJ's efforts to expand school choice for poor urban students."

Jersey Jazzman took umbrage with Waters' commentary, and Diane picked up on his post almost immediately. I responded as well, but I used the words of Shanker's widow Edith, who has been quite outspoken about the fact that corporate reformers have no place using Shanker's name or positions on issues to defend the privatization movement. She had written an eloquent dissection of Joel Klein and his attempts to use Shanker's early support for charters to defend his own policies and actions.

Klein wanted the public to believe that Al was the originator of the charter school concept (he wasn’t) and that he would today be supportive of the charter school ”reform” ideology now being spread around New York City and the country as a panacea for low student achievement. Conveniently, Klein did not indicate that Al denounced the idea of charters when it became clear that the concept had changed and was being hijacked by corporate and business interests. In Al’s view, such hijacking would result in the privatization of public education and, ultimately, its destruction – all without improving student outcomes. (emphasis mine)

Diane picked up on my post, which ultimately got the attention of Shanker's daughter, Jennie.

Jennie was clearly not pleased that her father's name and legacy was being usurped once again to defend the privatization movement. She stated very plainly, in a comment on Waters' original essay, that Shanker's heir apparent, if he has one, is Diane, NOT Ms. Waters.


Your appreciation for my father's work and vision was lovely to read. But your stance on this issue is diametrically opposed to his values and intent, and you are dead wrong to shame Diane Ravitch for her position. Indeed, if you consider your thinking to be in line with my father's, I recommend that you champion her work, as my family does. If anyone can speak for my father in this day and age, the person who should be most trusted is Dr. Ravitch.

It's unfortunate that many people who read your article will not see this comment. I would like to respectfully request that you reconsider further publicizing your characterization of my father's position on this topic. From what is in evidence in this article, despite your love for the man, you are in no position to speak for him. (emphasis mine)

What I really love is that Waters' most recent piece was meant to shame the Delran Education Association (much as she had attempted to shame Diane Ravitch) for not "doing their homework" before they wrote their position statement.

Seems Ms. Waters, even after having been schooled by me, Jersey Jazzman, Diane Ravitch, and Shanker's wife and daughter, has a lesson or two to learn herself about invoking the name of Albert Shanker in the name of modern day education reform.

Which brings me back to Diane's question in her post about Shanker and "A Nation at Risk."


Would he be as enthusiastic about “A Nation at Risk” in 2013 as he was in 1983, now that it has become the Bible of the privatization movement? We don’t know.

But based on the above, we can be pretty sure that Diane has a better handle on how he would feel about it today than Waters.

And I think it's fair to extrapolate further and say that rest of the "lessons" Waters attempts to impart upon the Delran Education Association carry about as much weight as her insights regarding Shanker and "A Nation at Risk."

As the Partnership for Assessment of Readiness for College and Career (PARCC) tests loom ever nearer, more and more concerns are starting to surface from New Jersey parents and teachers about the new testing regime, and what it will mean for students.

New Jersey education blogger Sarah Blaine has been shredding PARCC, Pearson, Acting Commissioner Hespe and Arne Duncan, not just on her own awesome blog, Parenting the Core, but on Valerie Strauss' The Answer Sheet as well.

"Take the PARCC" events have been scheduled around the state to give parents a truer sense of the tests. You can take the PARCC sample questions for a test drive here. 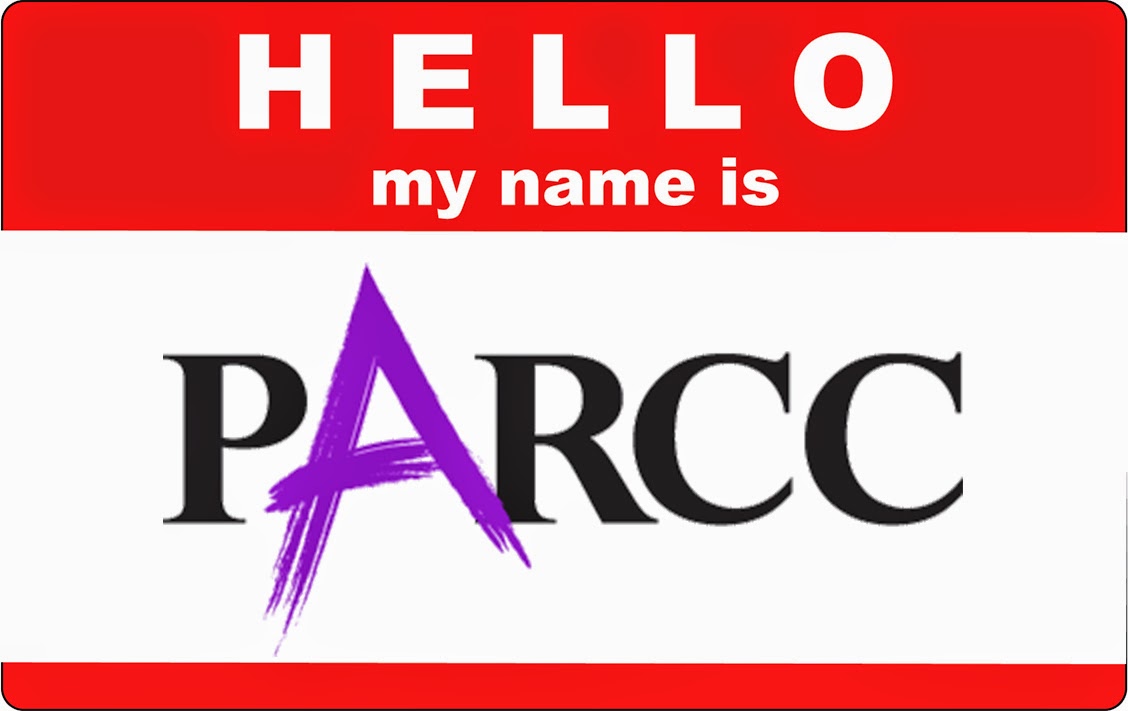 Districts have dropped mid terms and finals to try to recoup some of the time lost to PARCC testing.

Many are concerned about Acting Commissioner Hespe's pronouncement that PARCC tests will be used as a graduation requirement, starting with the class of 2016.

Keeping all of this in mind, I wasn't surprised when an academic high school teacher reached out to me about the havoc PARCC tests were wreaking in a large, suburban New Jersey district. But even I have to admit, I was surprised to learn just how much impact the PARCC will have, and how much time it will take away from genuine opportunities for learning.

I think you will be too, so here is the teacher's story.

It's a bit startling to truly understand how these new exams will impact learning.

We were expecting the PARCC testing to disrupt our schedules, but the magnitude of it is beyond comprehension.

The High School Proficiency Assessments (HSPA) test required three days of delayed openings. The PARCC will require 15... fifteen... days of two and a half hours delayed openings. Our regular classes are cut from 40 to 25 minutes, including lunch periods.

The chaos which will result from this is beyond fathomable.

There is no way this will not result in material having to be cut from the curriculum, or watered down to nothing. The Advanced Placement exams will arrive in May no matter what. The students will have to learn much of the material outside of class.

There is simply no alternative.

The students who come from or go to the vo-tech schools for part of the day will be living in constant chaos. Many science labs will not be able to be performed in the short amount of time available. The library will be used for testing and for make up testing, making it and the librarians moot for the better part of two months. The buses will have to run twice in the morning, first to bring the students taking a PARCC test that day, then those who aren’t, all at great cost.

With only 25 minutes there will be no point in having students change for phys. ed., so that entire department will basically be shut down. How this all will affect teachers who move between schools or in other situations remains to be seen.

We’re used to dealing with unusual situations for a day or two on occasion but for half a month? It’s going to cause major negative effects long term. Some good teachers are talking about quitting over this. They're supposed to be educators, not proctors for other people's exams.

This story is not unique to a single district.

When this is all over, there are the AP tests… ten days, and the Biology Competency tests… 2 days.

I’m just not sure that there is going to be anything covered next semester to put on a final exam.