Headlines were generated nationwide last week when Greg Richmond, President and CEO of the National Association of Charter School Authorizers (NACSA) and New Jersey's own Commissioner Cerf teamed up at a press conference in DC to announce the "One Million Lives" campaign.

What is the One Million Lives Campaign you ask?  That is a damn good question.

Most of the headlines about the roll out of the campaign seemed to focus on a promise to close underperforming charters.  For example, Joy Resmovitz of the Huffington Post titled her piece

The real message of the campaign seemed to escape most reporters.  But one Indiana radio station got it and nailed the headline.

That's it right there. That's all really all you need to know.  That's the goal.

Closing charters is nothing more than subterfuge for the ultimate goal of opening A LOT MORE CHARTERS!

Indeed, the press release for the campaign makes the goal pretty simple.

Just imagine how many charters need to open in order to close the ones that are 'failing', replace them with new ones (to stay at the same number of seats) and end with a net gain of one million seats!

The campaign seems to be a continuation of the Richmond/Cerf bromance we first got a glimpse of when Richmond wrote an opinion piece for NJ Spotlight.  Richmond lauded Cerf and his NJDOE for their authorizing accumen (*cough* REGIS *cough*) and more specifically the roll out of the Performance Framework, the yardstick Cerf will use to determine which charters will stay and which will go.

But if you really read Richmond's opinion piece, the main message is about adding LOTS more charter seats in New Jersey.  About 20,000 to be exact.

Richmond's headline was about the Performance Framework, but the real story was about how with NACSA's help, Cerf can grow New Jersey's charter 'sector', not shrink it.

Just remember, when you hear the likes of Richmond and Cerf talk about performance, standards, accountability or closures, what you should be hearing is growth, growth, growth and GROWTH!

Don't be fooled.  Don't let them lie to you.  Because that's what they're doing. 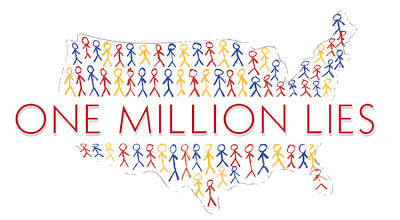 Posted by Mother Crusader at 11:40 PM