“In late December, 2013, just days before the start of winter vacation, the Christie administration informed Newark families that it was closing many of our public schools and turning others over to private management.
“The school closings and privatization would: Eliminate local public school options for thousands of children, forcing some to take two to three buses to get to school; Destroy school communities that go back more than 80 years; Remove historic public buildings from community use.
“Yet we, the people of  Newark, whose children attend those public schools, were not consulted in any way before the Christie administration made this decision.

Camden is not far behind.


And that is what is sad about this current plan. It had the potential to focus on things that the community could rally around; universal pre-K, school repairs, school dinners, safe corridors. Instead, those (positive) steps are being used to sweeten a bitter pill; the announcement of school takeovers that comes next week and will turn Camden into Newark into New Orleans.

Parents are being given a devil of a choice: a status quo in which they are punished by state legislation, or money that is linked to the erasing of their history and community.

Those who manufactured a crisis should not get credit for fixing it.

Parent groups are rising out of the chaos to fight back and make themselves heard.

Parents Against One Newark Program has successfully gotten the attention of the media, and rallied behind legislation intended to allow districts, even those under state control, to have a say if a school is slated for closure.

Save Camden's Schools has launched as well, and in less than a week has garnered 700 likes on Facebook, where they released a powerful statement in defense of their public schools. 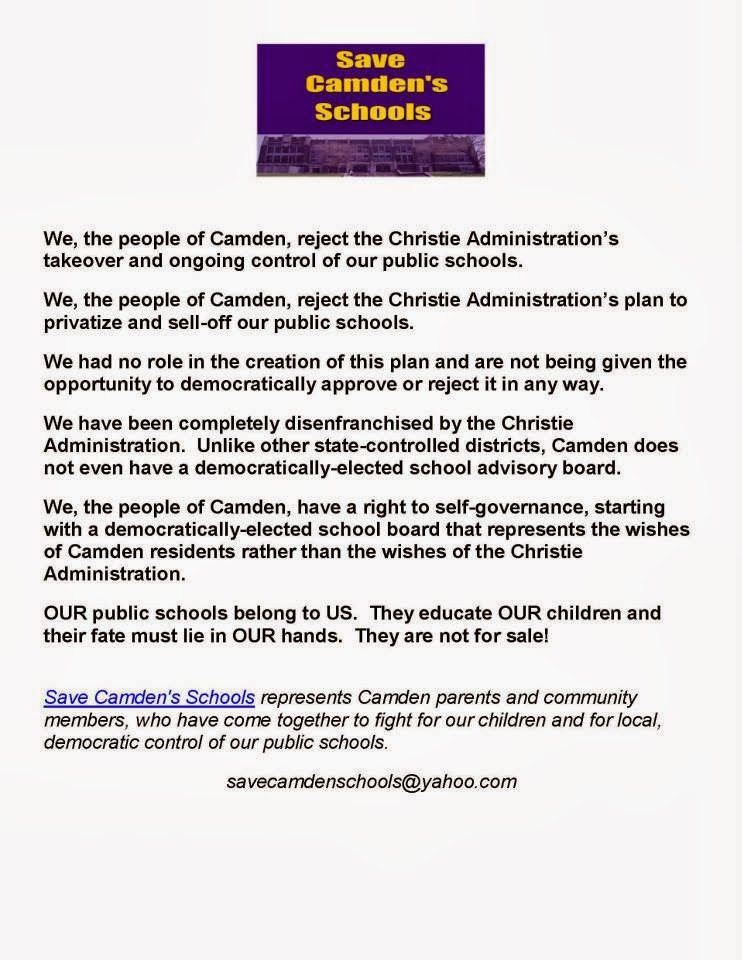 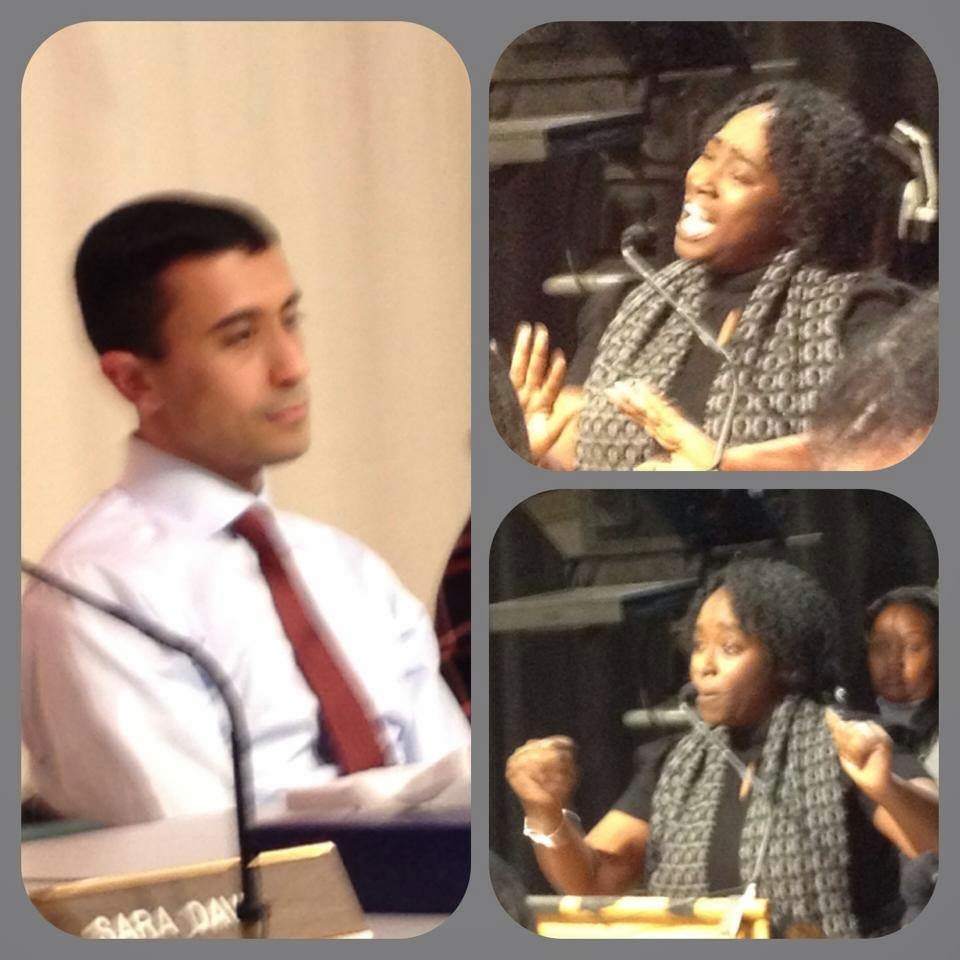 I am proud to know many of the fearless activists fighting in these cities, and I stand with them in solidarity. When I saw a picture of Camden activist Mo'Neke Ragsdale passionately commenting at the last Camden Board of Education meeting, juxtaposed with the cold indifference on the face of Christie appointed Superintendent Paymon Rouhanifard, I shuddered.


Christie is appointing a very young man to the toughest school leadership job in the state -- a man with a grand total of only six years experience in education. Rouhanifard only taught for two of those years, and spent the other four as a central office bureaucrat; he has never run a school, let alone a district. He has no administrator certifications or advanced degrees that would qualify him to run a New Jersey school system unless (thanks to Christie) it is designated as "failing."

This is what happens when education tourists like Rouhanifard are endowed with boundless authority by an out-of-control Governor and his recklessly destructive Department of Education. These images sent a clear message to me. Rouhanifard, with his six whole years in education, feels free to summarily dismiss Mo'Neke and her life's worth of experience in Camden. They are of no consequence to him, as he answers only to Christie and Cerf, not the parents or students.

We must all, each and every one of us, STAND WITH NEWARK AND CAMDEN!

Please, take the time to read Mo'Neke's words, and then imagine how Rouhanifard could possibly sit so dispassionately while listening to her plea to save Camden's public schools.


As a parent, I’m frustrated with the recent push of privatizing public education in Camden, New Jersey. As recent news reveals the plans of takeover of another one of my son's schools, I can’t explain the outrage. My child’s first school was closed and hostilely taken by the Urban Hope Act (UHA bill 3172).

Let’s talk about bullying…. I’m fed up with our politicians, political hacks, and the rich dictating the choice I have for my child. Nepotism at its best is being ignored in Camden. Ironically, our Senator, Donald Norcross, sponsored the Urban Hope Act, and his brother, George Norcross III, acquired the former community based school, Lanning Square.

I am a parent of four children; three of them are graduates from Camden’s public education, and they all attended the former Lanning Square school. I am proud of their accomplishments of continuing their education and their careers. As I listened to our student representatives on the Board of Education, I felt their pain. Our students felt the need to defend their schools, and their education and brag about the acceptance to colleges, because our Superintendent and Governor were ignorant to the test scores in 2012 (publishing that only 3 students in Camden are college ready).

These are the same people who have the power to make decisions for schools. Now, I witness appointees, politicians, and people (who don’t have children in our school system) call our children & teachers failures, dictate and create plans and proposals of deform and deregulation.

This is what I call a new world order of discrimination, inequality, apartheid, and gentrification in the urban areas.

I have to ask myself, what’s the true meaning of Racing To The Top? Is it a competition to see which billionaire can make the most profit off of our children? Which politicians have the most political power to suppress their people? Or which appointee gets paid the most to carry out the master’s agenda?

Sadly, education reform is not in these plans. We hear longer school days, midday dinner programs, Common Core initiatives, and principal turnaround. Where is the plan to rehab and create efficient and safe buildings, implementing career driven/college courses, creating an interest in subjects and projects for our students? What about interventions to prevent students from dropping out?

We must stop this plutocracy of creating neoliberalism in our city.

Our state took over the district supposedly because we failed our QSAC (Quality Single Accountability Continuum). But wait... the state failed us first! Yes in 2002 the state took over our board of education for 10 years. In 2010, we get an appointed board, by our current mayor Dana Redd, with a state monitor.

Wake up people, the state is still failing us!

Where are our evaluations for QSAC? Our buildings are dilapidated, wires too old to accommodate new technology, vocational programs have not been renovated, extracurricular programs cut, stability of teachers have been outsourced, parental involvement has be suppressed, pleasure of learning became a test, and now they are leasing our children's future away.

I’m sick and tired of the Ed’s and Med’s plutocracy! It’s time for Res and Feds democracy! This apartheid of inequality, discrimination and harassment is taking us back to 1955. 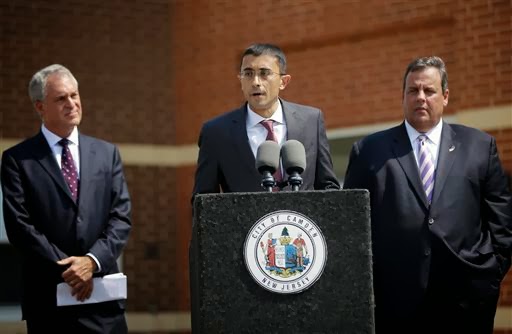 So, Governor... you appointed an inexperienced superintendent, paid him $210,000 to give away our schools, and sell our children's education because YOU fail us.

Posted by Mother Crusader at 12:17 AM